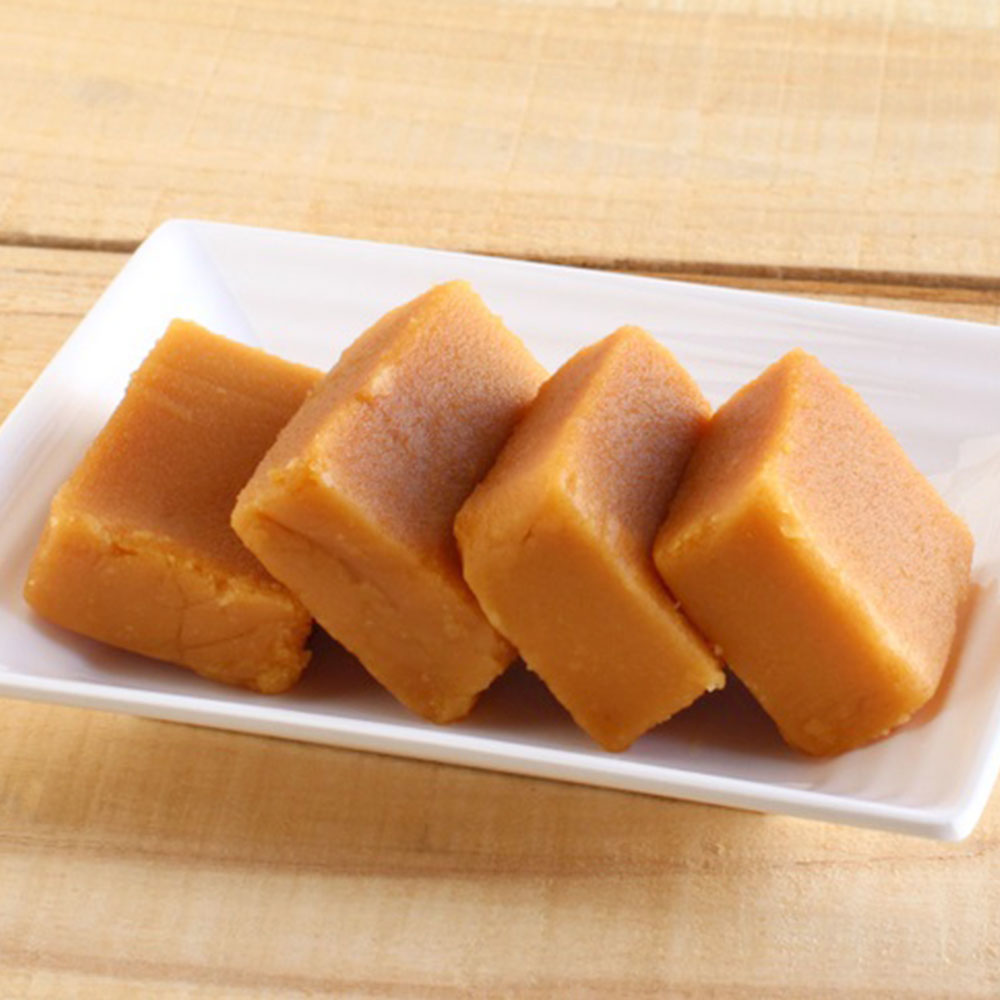 Ghee Mysore Pak is a popular Indian sweet. It is also considered the king of all Indian sweets.  As the name says, it is the only Indian sweet that highly depends on ghee as its main ingredient. It is one of the ideal sweets to be offered to friends and relatives during festival seasons and auspicious occasions like weddings, birthdays, etc.

Mysore pak originated in Mysore of Karanataka district in 1935 during the period of Mysore maharaja Krishna raja Wadiyar IV. As the king had an instinctual curiosity for new cuisines, he had appointed highly talented and versatile cooks to satiate his appetite. Madappa, the chief cook always entertains the maharaja with his experimental dishes. One day he improvised a new dessert out of gram flour and ghee and presented it before the king as Mysore Pak, the word pak means mixture. Maharaja was impressed by the taste and said madappa to open a sweet shop nearby the palace to sell Mysore Pak to the public. The sweet shop named guru sweets opened then and it continues to sell Mysore pak to date.

Mysore Pak is made with Ghee, sugar, and gram flour. Adding Cardamom powder will give fulfillment in taste. The making of mysore pak starts with boiling the sugar in water to get a sugary syrup. This type of syrup is what is used in many iconic Indian sweets like Gulam Jamun etc. then the gram flour, ghee, and cardamom powder are mixed with sugar syrup and boiled in a wide vessel. Finally, it becomes a soft and tender sweet. There are two types of mysore pak. One made with less ghee looks slightly hard and has pores in it. Another one called ghee Mysore Pak is prepared with more ghee and it appears in a brownish-yellow color with a smooth and delicate texture. Though the pieces look as if soaked in ghee, they will not have excess ghee to harm your health. Gram flour in mysore pak has more proteins and carbohydrates etc